Horizon controls a number of prospective tenements within the Coolgardie region including Rosehill, Brilliant North, Gunga West and Yarmany. Together, the projects are grouped under the title of Coolgardie Regional.

Horizon acquired the Rose Hill project in late 2019 as part of the asset swap with Northern Star Resources. Rosehill is located 0.5km southeast of Coolgardie and 35km west of Kalgoorlie-Boulder, and lies on the western margin of the Archean Norseman-Menzies Greenstone Belt.

Mineralisation is hosted within the main Rose Hill porphyry, adjacent to the hanging wall ultramafic and an eastern porphyry unit. Gold is associated with stockwork veining throughout the porphyry and disseminated within altered porphyry. The mineralised porphyry is believed to have dioritic affinities.

The current JORC 2012 resource at Rose Hill is:

During January 2020, the Company completed 12 Reverse Circulation (“RC”) holes for 1,200m at Rose Hill to a maximum depth of 200m. Moreover, historical data on Rose Hill was located subsequently to the release of the resource, and shall be utilised in the next Resource update in addition to incorporating additional drilling.

Rosehill has been subject to several small scale mining operations since 1898 with reported production of approximately 5,000t grading 8.3g/t Au for 1,340oz with the most recent being a small open cut in 1983.The mineralisation at Rose Hill extends to 300m and is being investigated via a feasibility study for both open pit and underground mining. 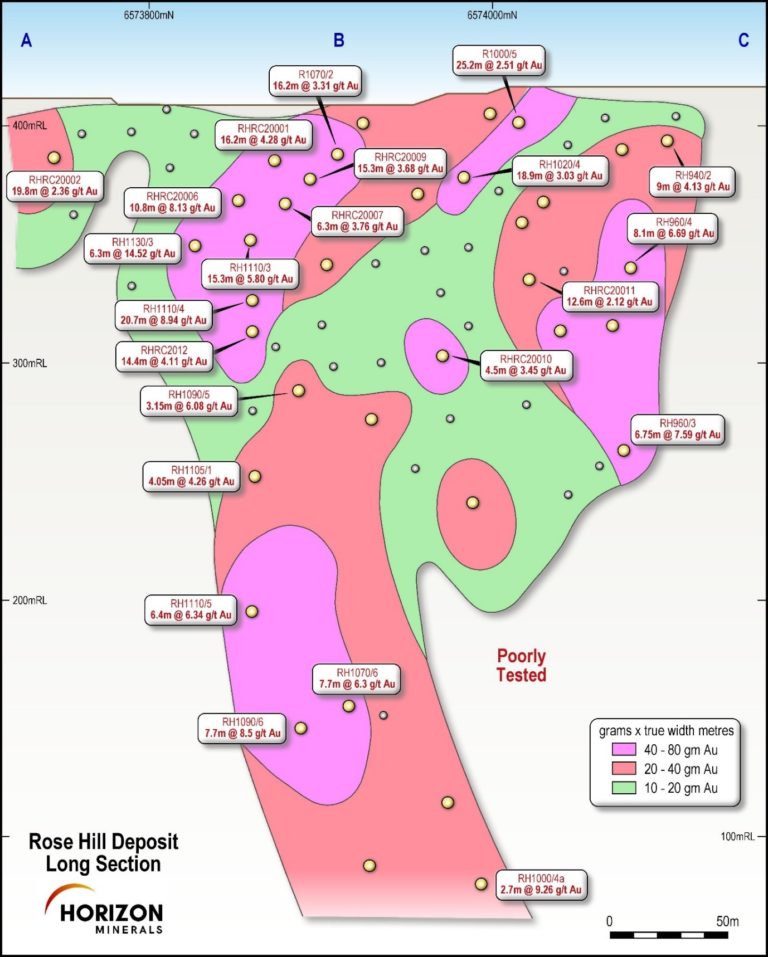 The Brilliant North lease (M15/1204), also known as the State Battery deposit due to its close proximity to the historic Coolgardie State Battery is located 500m to the southeast of Rose Hill and 35km west of the city of Kalgoorlie-Boulder. 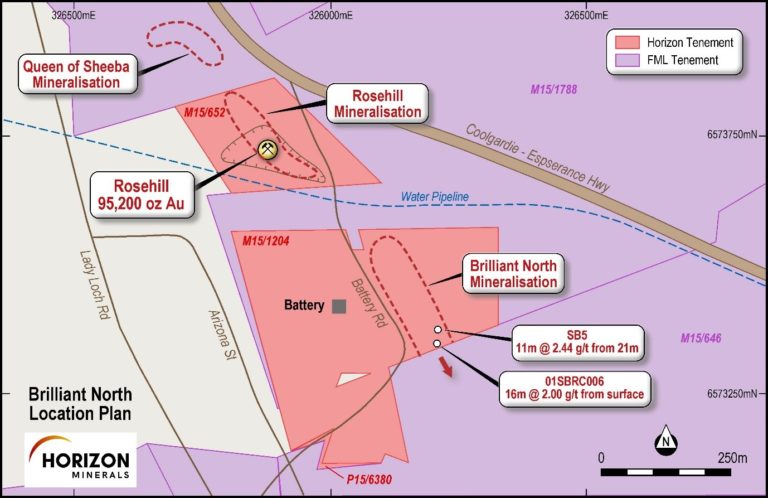 The Gunga West leases are located 10km north east of Coolgardie and in close proximity to processing infrastructure and the Great Eastern Highway.

Gunga West is hosted within an ultramafic unit bounded by high Mg basalts with the mineralisation in a shear zone with quartz-carbonate veining and minor sulphides. During 2013, Blue Tiger Mines mined 137,000t @ 1.86 g/t Au for 8,170oz.

The Coolgardie regional assets including Rose Hill, Brilliant North and Gunga West are considered highly prospective for further resource extensions and have potential for both open cut and underground development. The assets will be consolidated into the geological database and will form part of the consolidated Feasibility Study due for completion mid-2021. 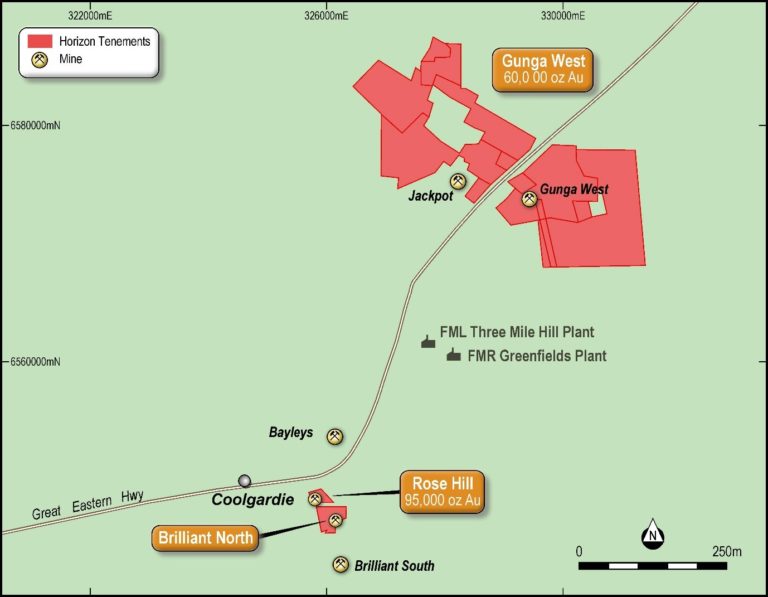 Area 54 and Yarmany are located on the highly prospective Ida and Reptile Shear zones in close proximity to all required infrastructure, 65 km west of Kalgoorlie-Boulder in Western Australia.

The project area covers 320km2 of greenstone belt and 100% owned by the company, with Horizon holding a dominant position overlying the Ida and Reptile Shear zones.

Previous geochemical work completed (Delta Gold in 1992 to 2001 and others) identified numerous anomalies, many of which have yet to be followed up. The Iguana – Jamaica and Lizard gold mines along strike of the Company’s tenure were developed between 2000 and 2009 producing 68,000 ounces of gold grading 3 g/t and have current resources of 201,000 ounces. Horizon has commenced data compilation and target generation for drilling upon final granting of applications.